Handbook on Waste to Energy

India generates about 62 million tonnes of Municipal Solid Waste annually, out of which, 82% is being collected and the remaining 18% is littered; out of the total collected waste, only 28% is being treated and disposed. In addition, large quantities of solid and liquid wastes are generated by industries. Waste generation in India is expected to increase rapidly in the future.

As more people migrate to urban areas and as incomes increase, consumption levels are likely to rise, so are rates of waste generation. It is estimated that the amount of waste generated in India will increase at a per capita rate of approximately 1-1.33% annually. This has significant impact on the amount of land that is and will be needed for disposal, economic costs of collecting and transporting waste, and the environmental consequences of increased MSW generation levels.

Report titled âHandbook on Waste to Energyâ focuses on the present scenario of waste to Energy generation in India along with its potential and amount of MSW generated state wise. Presently, we have only 115 MW of Waste to energy plants in India. There lies a huge potential of Waste to energy in India but in order to achieve the big mission, certain challenges need to be addressed. This report will be highlighting some of these like collection, segregation and other policy and clearance related issues.

Government has prime focus on developing these waste to energy plants in every district / cluster for energy generation along with the disposal of MSW.

The main Idea of this report is to give our readers fair idea about the waste to energy scenario in India and to bring to light various government initiatives and other policies in the development of waste to energy projects in India for greener and sustainable India.

Who should purchase this report?
â¢Developers interested in the Indian renewable energy sector
â¢Venture capital & Private equity firms exploring investments in this domain
â¢International financial institutions keen on investing in the Indian RE sector
â¢Other EPC companies interested in Waste to energy Domain

Why You Should Buy This Report?
â¢There is a lot of inaccurate and inauthentic information available on the internet, in newspapers and various other sources which can skew investor decision-making into renewable energy sector. In this report, the developers will gain access to highly accurate and reliable data
â¢The report provides the reader critical market intelligence on financing information of various renewable energy projects in India
â¢This report will help industry consultants and companies align their market-centric strategies 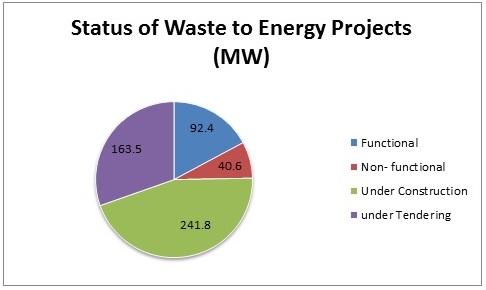 What are the key aspects covered in this report?

This report provides unique insights and critical data points on the following topics: