Indiaâs much hyped Public Private Partnership (PPP) model to attract investors for the road sector has failed due to slow decisions making, hurdles in land acquisition and single window clearances. Due to this, the ministry failed to execute 21 projects worth Rs.27, 000 crore between the financial years 2013 and 2014. 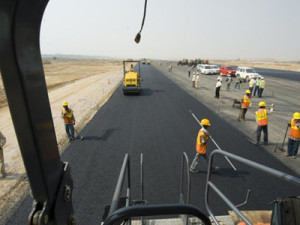 Taking into consideration the failure of earlier model in execution, government has now made an urgent endeavor to recuperate Public Private Partnership (PPP) with the launch of new Hybrid PPP Model, under which, the investors and government will share the contribution of 60:40 in the venture cost (where 60% to be borne by the concessionaire & 40 % by NHAI).

The Government will release 40% of the revenue in the equal share of 5 instalments (each 8%) depending upon the development of the project. In addition, Government also plans to share the revenue risk with a low anticipation of traffic flow and plans to finance 100% EPC (Engineering, Procurement and Construction) cost of these projects, if required. Unlike the previous PPP Model, NHAI has an obligation to buy at least 90% of the land required, along with forest and environment clearances for the same.

Honourable Minister Mr. Nitin Gadkari, Ministry of Road Transport & Highways and Shipping, is very optimist about the model and shows his confidence towards success of the same.

The best part of this model that it is a time bound and a honed penalty will be charged for delay in fulfilling commitments, either on the part of the concessionaire or the government.

Now the wait is only to complete the 12th Five Year Plan (2012-17) 2017 wherein the government has estimated an investment of USD 95 billion or Rs 5.7 lakh crore for the highways sector. Under this, the government has expected 50 per cent to come through private sector participation.
Pat McAfee Authentic Jersey